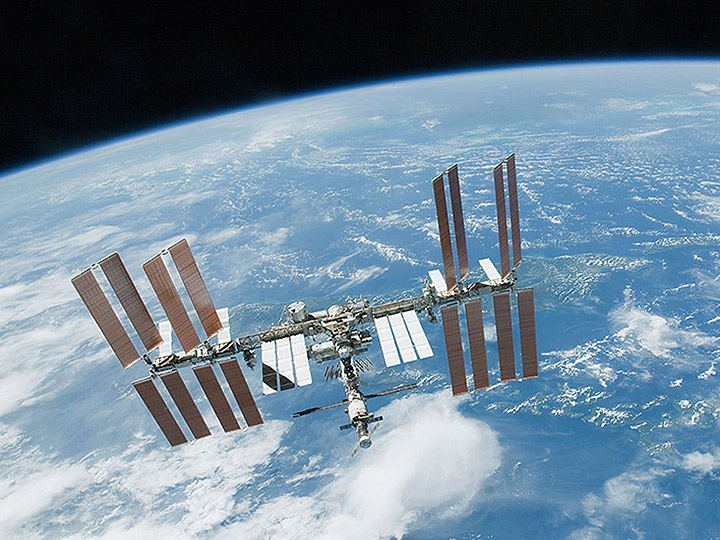 KENNEDY SPACE CENTER (FL), October 24, 2018 –The International Space Station (ISS) U.S. National Laboratory, the National Center for Advancing Translational Sciences (NCATS) and the National Institute of Biomedical Imaging and Bioengineering (NIBIB), today announced a series of project awards stemming from a funding opportunity on human physiology and disease onboard the orbiting laboratory. Both NCATS and NIBIB are part of the National Institutes of Health (NIH). Data from these selected investigation concepts — which will feature “Tissue Chips” (or “organs-on-chips”) — will help scientists develop and advance novel technologies to improve human health. These projects are part of a four-year collaboration through which NCATS and NIBIB will provide two years of initial funding of approximately $5 million in total to use tissue chip technology for translational research onboard the ISS National Laboratory. If successful during the first two years, the selected concepts will have the opportunity to receive an additional two years of funding to conduct a second set of experiments onboard the ISS National Lab.

These new awards are in addition to previously awarded NCATS projects, which are slated to begin flights to station later this year.

Recent advances in bioengineering have enabled the manufacture of microphysiological systems using human cells on chips representing functional units of an organ, which replicate the physical and biochemical environment in tissues. In parallel, recent developments in stem cell technology now make it possible to cultivate tissues from humans with specific genotypes and/or disease phenotypes. Advancing this research on the ISS National Lab promises to accelerate the discovery of molecular mechanisms that underlie a range of common human disorders, as well as improve understanding of therapeutic targets and treatments in a reduced fluid shear, microgravity environment that recapitulates cellular and tissue matrices on Earth.

The objective of this investigation is to further develop Emulate’s proprietary Organs-Chips technology and space-compatible hardware for experimentation with human cells in space flights. The intent is to further demonstrate the platform’s applicability by developing the human innervated Intestine-Chip (hiIC) and the cellular, molecular, and immune responses of the system in the unique environment of space. This study will detail how these two systems interact in order to better understand how the human immune system can be fortified here on Earth when it is stressed. This investigation will build on its initial NCATS/the ISS National Lab funding opportunity announced in 2017.

The research team at Stanford University plans to utilize engineered heart tissues derived from human cells and subject them to a microgravity environment. Understanding the effects of extreme environments such as space travel on human heart tissues is hampered by the lack of physiologically relevant in vitro models that can mimic clinical conditions from the patient’s own cells. The microgravity environment of the space station weakens muscles (including the heart) because the muscles do not need to work as hard due to the lack of gravity. By utilizing engineered heart tissue cells in a microgravity environment, the team will evaluate if it is a similar disease phenotype as Earth-based ischemic cardiomyopathy in order to develop therapeutics to treat heart conditions here on Earth. This project builds on a previous space flown investigation sponsored by the ISS National Lab focused on heart stem cells.

Physiological changes resulting in the loss of muscle mass and strength, similar to aging, occur ~10 times faster in microgravity and understanding how to prevent the degenerative loss of skeletal muscle mass is an extremely important area of research, especially as the percentage of our older population continues to increase. This research team proposes to develop a tissue chip device to culture and electrically stimulate human primary muscle cells isolated from both young and aged adults. The automated, remote-controlled device placed on the International Space Station will serve as an advanced human cell culture system for studying physiological changes induced in microgravity that mimic aging and for predictive drug and toxicology testing to aide in the development of therapeutics for muscle wasting. This project builds on tissue engineering investigation that is slated to launch to the ISS on Northrop Grumman’s 10th resupply mission to the orbiting laboratory.

NIBIB and NCATS will jointly support the following research project:

The proposed project will provide important data regarding the role of microgravity on the structure and physiological function of 3D human cardiac tissue. The high-throughput microphysiological platform could eventually lead to a useful product to help screen new potential therapies for their capacity to attenuate cardiomyopathies on Earth, as well as for the study of disease progression in vitro. This project builds on a previous project sponsored by the ISS National Lab.

All grants and subsequent flight opportunities are contingent on final contract agreements between the award recipients, the ISS National Lab, and funding partners (NCATS and NIBIB).

To learn more about the capabilities of the ISS National Lab, including past research initiatives and available facilities, visit www.issnationallab.org.

About the International Space Station (ISS) U.S. National Laboratory: In 2005, Congress designated the U.S. portion of the ISS as the nation’s newest national laboratory to maximize its use for improving quality of life on Earth, promoting collaboration among diverse users, and advancing science, technology, engineering, and mathematics (STEM) education. This unique laboratory environment is now available for use by non-NASA U.S. government agencies, academic institutions, and the private sector, providing these customers access to a permanent microgravity setting, a powerful vantage point in low Earth orbit, and the extreme and varied environments of space. The ISS National Lab is managed by the Center for the Advancement for Science in Space, under agreement with NASA. 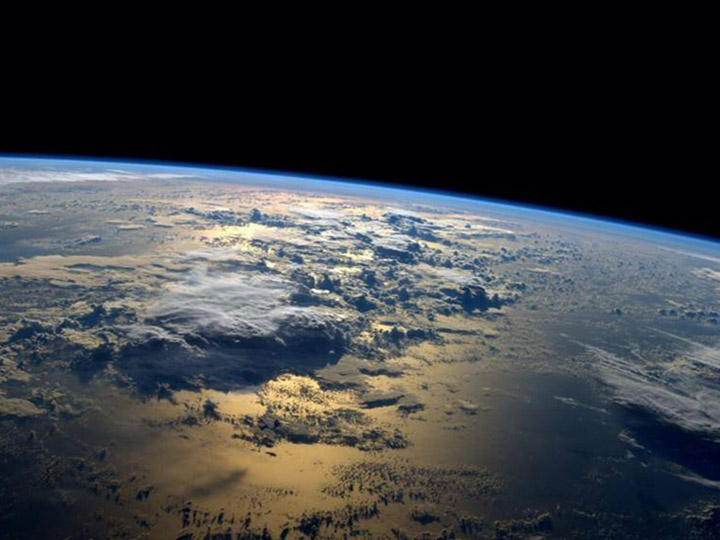 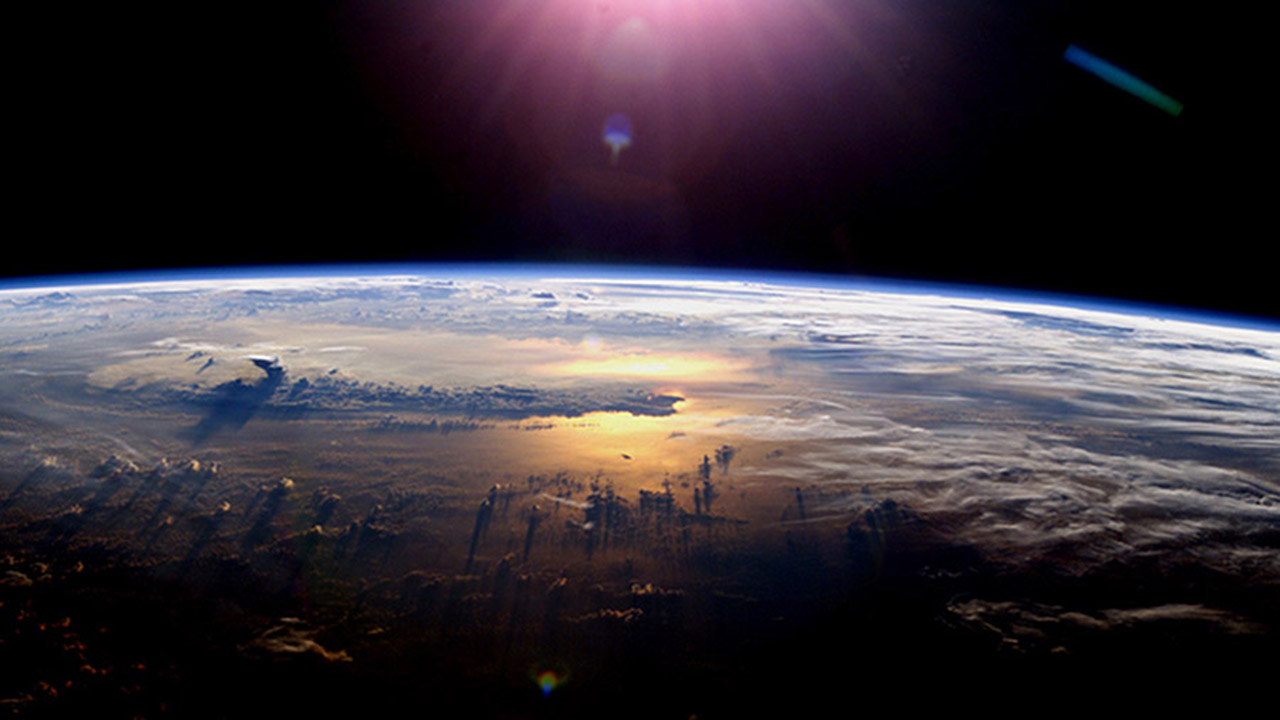